Release Blitz – A Summer of Smoke and Sin –

Jericho Fulbright has never lived a wholesome life. After behavior unbecoming he was discharged from the army and sent home in disgrace. His inventor and nouveau riche father refused to have anything to do with him, so Jericho

turned to what he knew best: opium, gambling and sex.

As the owner of the Jericho Rose, a club for gentlemen who like men, he enjoys a certain notoriety. Some would say he has a golden tongue, but the truth is a succubus lives within him feeding on souls. Once he needed her help, now she is a burden that keeps him from getting close to anyone.

“Are you out of your mind?” Jericho paced the dining room floor. He poured himself a brandy and drank it just as fast. He should’ve taken Nathanial to his study, where privacy could be assured, but after the death of Stephan and the way Eulalia had tried to take over last time Nathanial got close, he didn’t trust himself to be alone with Nathanial. “I am not going to some country party.”

He had nothing to wear for a start. His wardrobe was for evening events, not picnics. There would be picnics at some point, he was sure of it.

“It’s not a big thing, just dinner and dancing. A ball.”

That was worse. Polite conversation with puffed up men whose biggest source of pride was how much they’d inherited from their father, and women who knew how to assess a man’s funds and his character with a single glance. “I don’t dance.”

Jericho smiled. Few ever said that to him. Most nodded their head and believed any lie he told. “Fine, I can dance.” The man he’d once been a companion to had liked to put on his gramophone and dance when his gout allowed it. He had been most thrilled about the idea of a place where men could associate more freely; he’d loved the club in its earlier incarnation. “But I don’t want to go. My life is here. I have a business to run in case you haven’t noticed.”

Nathanial had stayed well away from the smoking room this time, to Jericho’s relief. He didn’t want Nathanial to surrender what he held onto as dearly as a maid with good marriage prospects. He might be the youngest son, but Nathanial could still marry well.

“One night. We don’t even have to spend the night.” Nathanial held up one finger to reinforce the point. “Your father and step-mother will be there.”

Jericho rocked back onto his heels. He hadn’t seen his father in many years and even then, it had only been in passing. Jericho had been in uniform before leaving for Hong Kong and his father hadn’t recognized him. At the time, it had hurt. What kind of father doesn’t know his own son?

His father wouldn’t know him now. Only once a clever gossip realized there were two Mr. Fulbright’s in the room would his father look in his direction and then there would be a kerfuffle. “That is not a feature the changes my mind to the positive.”

“The killer will probably be there, too.”

“No. But wouldn’t it be grand if he was and we were able to identify him?”

While Jericho would be able to do that in a very short conversation—no one could bury that kind of darkness completely no matter how hard they tried—how did he explain that to Nathanial? And if it was another demon, what then? They both killed, but where Jericho kept it secret, that man made it public as though he reveled in it. Perhaps the demon had full control.

“And without evidence, how do you get a conviction? A scar will not matter in a court.”

“Search his house and estates. If we know who it is, we can close the net around him.”

Jericho had seen too many criminals slip away. Money bought a presumption of innocence. He ran his hand over Nathanial’s hair, then kissed his forehead. “For all that you were raised with the foxes you do not behave like them, so you fail to see them as the predators they are.”

Kiss his mouth, you fool. I can help him. Let me find the man he wants, Eulalia hissed. I can stop the murderer from killing again.

The desire to kiss Nathanial on the lips was part his own and part hers. Jericho pressed his lips together, but that didn’t stop the hunger. Eulalia was right. It would be better for the case if he passed her on, but that would mean corrupting Nathanial and he couldn’t do that. He doubted Nathanial would want a demon, and he’d want Jericho less if he knew about Eulalia and the price of keeping her fed. 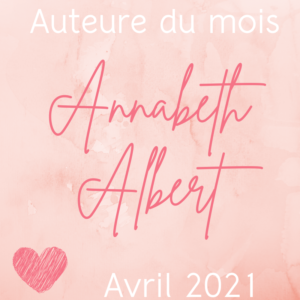 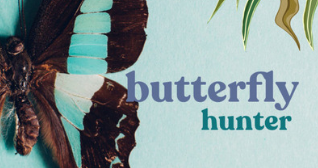 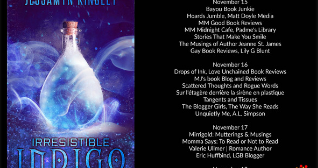