Release Blitz – On The Run

On The Run by May Archer

I was supposed to be partying with a bunch of celebrities in paradise this week, okay?

But then I made one teeny, tiny error in judgement before leaving New York, and suddenly the paparazzi expected me to give a command performance as “the other man” in their straight celebrity “outing” of the week.

Instead, I did what any self-respecting, secret-keeping man would do in that situation: I cancelled my trip and fled New York to hide out in the last place anyone would look for me–a weird little Florida island where nothing exciting ever happened.

Or at least it didn’t… until I arrived.

Now I find myself shacked up with my fake boyfriend Beale Goodman, Whispering Key’s most adorable, most enormous, most virginal cinnamon roll—a guy who rescues feral cats, believes in soulmates, and talks about happiness like it’s free for the taking.

A guy who nearly convinces me, with every smile and kiss, that it is.

Stranger still? I find myself falling for the people on the island. Fitting in, instead of sticking out. Making, you know… friends. And for the first time ever, I think I’ve found something I want to run to, rather than from…

As long as I can keep my secrets from catching up with me.

“Yes, Trey and I know each other from camp,” Beale told his brothers. “It’s not a big deal.”

“We bonded over shared interests.” I sighed happily, settling into the lie. “It was magical.”

Rafe looked at me in my crop top and then at Beale, who was still damp with sweat from his run. “Which interests would those be?”

“Er…” Shit. Like Icarus, I had flown too close to the sun, and I was about to get caught. “Like…”

“Totes.” I nodded. “We save people from animals at all hours of the day or night. Especially murder cats. We live for it.”

“You mean we save animals,” Beale corrected.

Shit. “Isn’t that what I said? Ha. Silly me. Again. Yes. Obviously that’s what I meant. Beneath this current-season Calvin Klein top beats the heart of an animal lover.”

Beale shot me a look that said, You’d better not be thinking of steak au poivre when you say that, and I pursed my lips because maybe I had been and maybe I hadn’t, and that was none of his beeswax.

To celebrate May’s release, we are giving away 3 e-copies sets of On The Run!
Enter the Rafflecopter giveaway for your chance to win!
A Rafflecopter Giveaway
Direct Link: http://www.rafflecopter.com/rafl/display/cc0f2a57113/? 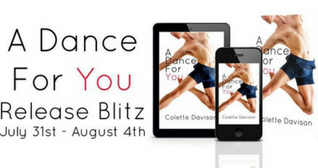