Realese Blitz – I Wished for you – 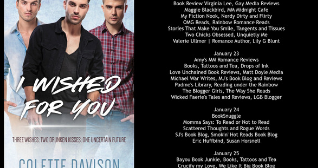 Book Title: I Wished For You

Seb wants to be happy.

Matt wants to find ‘the one.’

Seb didn’t plan to kiss Matt and Connor, but he doesn’t regret it, even if it has changed their friendship forever.

Matt has never considered dating a man before, let alone two. Despite his confusion, being with Seb and Connor feels right.

Connor’s potential fate has stopped him living and loving. Can he face his fears to be with the men he loves?

Matt adjusted his jogging bottoms and leaned back against the sofa. The next words popped out of his mouth unfiltered. « I could do with a blow job. »

Seb snorted out a loud laugh. « Too much information. » He patted Matt’s shoulder. « But hey, if you’re desperate, I don’t mind obliging. » Seb’s laughter trailed off into a nervous chuckle. « Umm… that was a joke. »

“Yeah, yeah, of course. » Matt couldn’t look at Seb. A week ago, he’d have taken a comment like that and ribbed his friend with it mercilessly. Now, he wasn’t sure at all that it had been meant in jest. He wasn’t even sure that he wanted it to be a joke. He rubbed his jaw, clearing his throat again. « What would you do if I said yes?”

Seb twisted on the sofa so he was facing Matt. « You’re not going to say yes. »

« What if I did? » Matt kept his stare on the ceiling, but he was still able to see Seb shrug out of the corner of his eye.

Seb’s reply was so matter-of-fact that it sent a chill running up Matt’s spine. It did nothing to ease the pressure in his cock. If anything, blood pumped to it faster.

« Really? » Matt asked. Why the hell was he still talking? It was like he was engaged in a game of chicken with Seb, trying to see which one of them would back down first. He had no idea how far his head, or his cock, was willing to take it.

“Sure, why not? It’s just a blow job, right? It wouldn’t mean anything.”

« Wouldn’t be the first time I’ve sucked off a friend. » 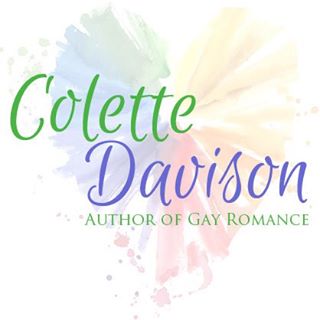