It is book 1 of 9 in the Mythologay Series

Warning: The book has a sad ending.

Greek Mythology with a Gay Twist

A glare that will cast people to stone.

It’s a safe assumption that we all know the basic facts about one of Greek Mythology’s most famous monsters, Medusa; the beautiful maiden cursed and turned into a Gorgon. Her tragic story and death at the hands of the hero, Perseus, has been told countless times for thousands of years.

But the thing with Greek Mythology is just that. They are myths. Narrated, fictional legends as old as time that have been passed down from generation to generation. Time has a way of changing the original tale. So, how can we be sure that the myths we think we know are the real story?

What if important aspects of these myths have been altered? What if the monster wasn’t really a monster at all? What if Medusa wasn’t actually Medusa? What if her name was Meduso? And what if she wasn’t a her, but a him? This is the tale of Meduso and his death at the hands of the hero Perseus’ sword. It is a tale of innocence, love, betrayal, and tragedy.

Stheno and I continued to descend the mountain until we passed the precipice. The slope flattened, leading to a narrow trail. We followed this trail until we were able to see a bare hole right in the middle of the mountain. Stheno led the way inside, grabbing a lit torch at the entrance, carrying it with her as we explored deeper into the cave.

It felt like a never-ending tunnel. We continued to walk for several minutes until we finally reached a very large and circular room within the cave. The torch was no longer of use to us since there was a massive oculus overhead, allowing light to enter.

A figure came forth, stepping into the light. My mouth gaped open. For being Typhon’s wife, I was expecting to see a monstrous female creature. A repulsive, murky beast with fangs and talons, smelling of putrid, rotting flesh. But this was not what stood before me. She had similar features to my mother. The lower half of her body was composed of forest green scales, coiling into a snake’s tail. Her upper body was that of a human, but not just any human. An alluring one. Pleasant to the naked eye. Fair-skinned with shiny hair, the color of emeralds.

Stheno and I approached her, now allowing me to get a closer glimpse of her jade eyes that matched the jeweled tiara on her head.

She slithered just inches away from us. Her palm rubbed along my cheek, with her fingertips tracing my chin. She studied me carefully.

“My. Oh my! And to think Ceto and Phorcys had the capability to produce such a lovely creation,” she said to me. Her fingers now spun in a circular motion to feel my hair. “And these beautiful golden locks. You will tempt all of the mortals with this face. Dare I say the goddesses and even the gods too?” Echidna winked at me before stepping back to give us separation.

“Meduso has yet to be introduced to the mortals, Echidna. He will begin to socialize with them soon,” Stheno proclaimed.

“Ahhh. Is that so? His gorgeous features and now the added layer of innocence and naivety will do wonders in the mortal world,” Echidna declared.

My face began to turn as red as the rose of Aphrodite. I did not know whether to be appreciative or stunned by her flattery. I’ve never had anyone pay me such compliments in my entire life.

“Tell me, my dear, what is it you desire?” Echidna asked.

“Yes. What is it you seek from this world? Power, riches, a gorgeous woman… or maybe a handsome man?”

Stheno cut her off. “That will be enough, Echidna. There is no need to tarnish the boy’s mind.”

I was unsure of what Echidna meant by desiring a handsome man. I’ve never even set sight on a mortal to know what aspects of them I was captivated by. Most of the stories I’ve been told involved a male being in love with a female. However, Euryale did share some rumors she had heard about certain Olympian gods taking some of their male servants as lovers. But I did not know where my attractions lied, based on my lack of experience.

“Oh, don’t be so dull, Stheno!” Echidna exclaimed. “At least give the boy some direction! He’ll wind up as dull and stupid as Koalemos if you keep him secluded any longer.”

Stheno shook her head. “I think you of all people are the last immortal that should be giving me advice. Look at the direction you chose for yourself. And know where it put you!”

“Hmph. I’ll never understand you and our parents. Choosing to stay isolated in the oceans while the rest of the world around you is drastically changing.” Echidna continued to express her disdain for the traditions and beliefs of our family.

As my sisters continued to banter back and forth, I stood still, just staring ahead at them. Their silhouettes became blurry and then non-existent in my line of vision. Was I having an out-of-body experience? Instead, a new sight was before me. Some sort of rope. No, it was a net with a gigantic fish caught in it, in the water, except the water was fairly shallow. I could see its translucence and the glimmer of light shining through it. I swam toward the caught fish, trying to free it with my bare hands. The fish was able to escape, but as I tugged away, I realized I was snagged within the confines of the net. I tried my best to yank away, but to no avail. As I glanced upward, I realized I was being pulled towards the surface, until…

Stheno called out to me, bringing me back to reality. “Meduso! Are you okay!?”

I just glanced at her blankly. “Yes. I’m fine. Why? What is wrong?”

“Your eyes…” Stheno began, with a worried expression on her face. “They turned pure silver, for a moment,” she revealed.

“What? Are you sure?” I was extremely bewildered, not even sure if I believed what she had just shared.

“A vision.” Echidna slid close to me and raised my chin up with her hand, glaring into my eyes. “Did you have a vision, Meduso?”

“A vision? I mean, I saw a fish being caught in a net just now. I’m not sure where. I’ve never experienced anything like this. What is happening?” I felt shook up.

“It’s nothing to worry about, dear brother. You just had a vision. Call it a gift, if you will. A sight into the future or a major phenomenon

happening elsewhere in the world. Such things gods usually experience. I’m surprised you, as a mortal, are able to have them,” Echidna confessed.

“This truly is your first time experiencing this, Meduso?” Stheno asked.

“Hmm. I wonder what it could mean. A fish in a net?” Stheno was puzzled.

“Do you really think so?” I turned to Stheno to see if she had the same opinion.

“I think you should inform our mother and father about this first,” Stheno recommended.

“Oh. Don’t listen to her, Meduso! They’ve held you back long enough from whatever your destiny may be. Press onward, dear brother. If I were you, I would leave the oceans the second you get the chance to, and never look back,” Echidna advised.

“Yes. Echidna did the same, Meduso, and look where she ended up. Locked away, alone in a barren cave in the mountains!” Stheno wittily remarked.

Echidna’s eyes flared at Stheno as she made this comment. Her once pale skin shifted to a dark green color to match her scales. She was now angered. “I’d watch your tongue, Stheno! Although I am your sister, I am not to be made a fool of! Do not trifle with me!” Echidna threatened.

Stheno stood her ground. “And what are you going to do? Make any tumultuous action and the gods and goddesses will know of your location. An empty threat, if I’ve ever heard one.”

“How dare you! Get out, now!” Echidna vilely screeched.

Stheno grabbed the torch and turned back to face me. “Come, Meduso. We leave!”

I just stood there, equidistant between both of my sisters. Echidna glided to me, caressing my cheek one last time before our departure. “You are more beautiful than I had ever imagined, brother. It will serve you well in their world. Never put that beauty to waste.” Those were her parting words as Echidna swiftly skidded out of sight in the blink of an eye, deeper into the dwelling of her cave.

I followed behind Stheno as we left, ascending the mountain once again.

“That Echidna! Curse her!” Stheno grumbled.

“I don’t think she was so bad, Stheno. Much more pleasant than I had imagined.”

“Meduso, that was only one side of Echidna that you saw. Remember, she is the wife of the most cruel and vicious monster known to existence. Do not forget. It takes a certain someone to be able to commit to that,” she explained.

Once we reached the summit, Stheno held out her hands to me for me to take. I clasped onto them and we closed our eyes, summoning our mother for our return. Within a flash, I opened my eyes, and I was once again standing on the ledge of the cliff in our grotto.

“How does Echidna fare?” my mother, Ceto, asked.

Stheno shook her head and dismissed herself. “Troublesome as ever! We have much to talk about, mother!” She headed back into the palace, with my mother following in pursuit.

I chose not to join them, knowing Stheno would have private affairs to discuss with my mother and father. I sat on the edge of the bluff, gleaming into the crystal blue water, reflecting on the vision I had.

A net with a fish? What could it mean?

I found myself coming up with little to no answers or guesses.

I was then reminded of Echidna’s counsel and the last words she spoke to me.

Never put that beauty to waste.

Little did I know that I would carry this guidance with me for years to come. Never did I picture that it would end up shaping my future.

BJ Irons works in the field of education as an educational leader and college professor. Many of his personal experiences as a gay man, have contributed to his works. Being a part of the LGBTQIA+ community himself, BJ hopes to continue to bring more fun fictional works to his LGBTQIA+ readers. The world could always use a little more color and fun.

one of 3 Paperbacks (for US only) or

one of 3 eBooks (Anywhere) 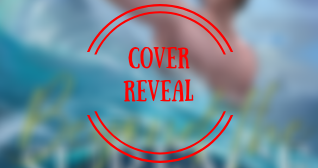