Blog Tour – As Far as I Can Tell

Book Title: As Far As I Can Tell: Finding My Father In World War II

Themes: Connecting to the past, Understanding our fathers,

Father/Son silence and the inherent lack of communications, 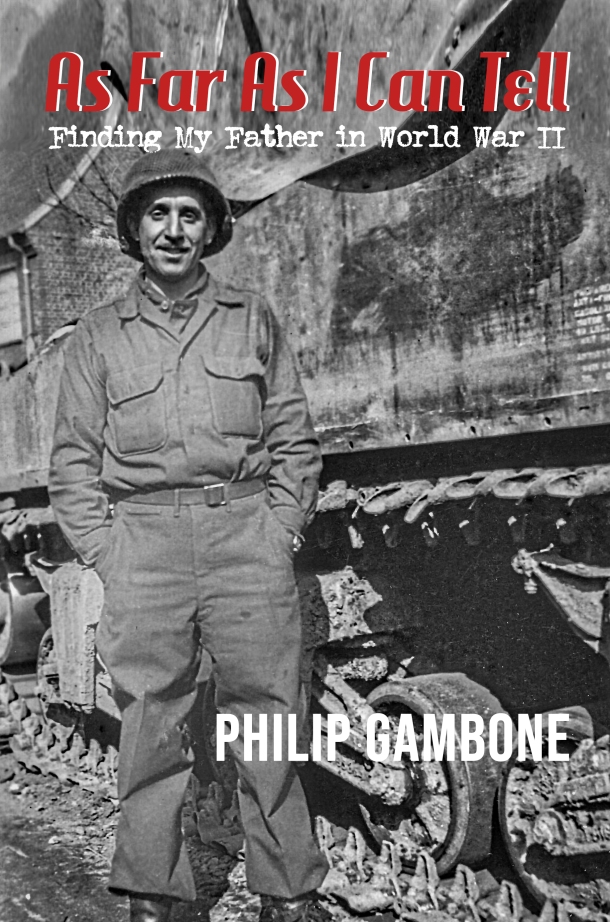 Philip Gambone, a gay man, never told his father the reason why he was rejected from the draft during the Vietnam War. In turn, his father never talked about his participation in World War II. Father and son were enigmas to each other. Gambone, an award-winning novelist and non-fiction writer, spent seven years uncovering who the man his quiet, taciturn father had been, by retracing his father’s journey through WWII. As Far As I Can Tell not only reconstructs what Gambone’s father endured, it also chronicles his own emotional odyssey as he followed his father’s route from Liverpool to the Elbe River. A journey that challenged the author’s thinking about war, about European history, and about “civilization. »

« Philip Gambone weaves a moving memoir of his family, a vivid portrayal of his travels through the locales of WWII, and a powerful description of what that war was like to the men who fought it on the ground into a seamless and eloquent narrative. » — Hon. Barney Frank, former Congressman, Massachusetts

“A single question pulses through As Far As I Can Tell: why didn’t my father talk about his time in the war? With meticulous research, Philip Gambone puts sound to silence, offering us a book-length love letter, not just to his father, but to anyone whose life has been hemmed in by obligation, obedience, and the brutality of the system. It’s also a coming to terms with the unknown in others, which is its own hard grace. A vital, dynamic read.” — Paul Lisicky, author of Later: My Life at the Edge of the World

“As Far As I Can Tell is a fascinating mix of autobiography, travelogue, and historical research that not only takes us on a great adventure in search of what World War Two was like for those who fought in the European theater but probes that most difficult of all subjects, the relationship between a father and a son — in this case, a gay son. Extensively researched, highly literate and profoundly thoughtful, the story Gambone tells uses not only soldiers’ memoirs but writers as disparate as Samuel Johnson and James Lord to make this a reader’s delight.”— Andrew Holleran, author of Dancer from the Dance

On February 12, 1942, Dad reported for induction. The chief business was the physical examination, which was conducted assembly-line fashion. The inductees were naked, wearing only a number around their necks. It was the most comprehensive physical most of them had ever had. For some it was intimidating, for others embarrassing.

Most inductees were eager to pass the physical exam, so eager in fact that in many cases, they indulged in “negative malingering,” trying to conceal conditions that might get them disqualified. Once the physical was out of the way, the only screening that remained was a brief interview with an army psychiatrist, who had been instructed to look for “neuropsychosis,” a diagnosis that covered all sort of emotional ills from phobias to excessive sweating and evidence of mental deficiency.

Paul Marshall, who ended up in the same division as Dad, remembered being asked at his physical if he liked girls. “I didn’t quite understand what he meant about it. I told him, ‘Why sure, I like girls.’” Later Marshall figured out what he was really being asked. “The ultimate question mark of manliness,” James Lord, himself a homosexual, recalled. “Do you like girls? Or prefer confinement in a federal penitentiary for the remainder of your unnatural life.” The terror of being considered a sexual leper or worse, “unfit to honor the flag of your forebears,” was real. Lord answered, Yes, he liked girls, and was promptly accepted into the army.

Not every homosexual inductee lied. Some, like Donald Vining, came clean with his interviewer, who turned out to be “marvelously tolerant, taking the whole thing easily and calmly, without shock and without condescension.” The interviewer marked Vining’s papers “sui generis ‘H’ overt,” and he was out.

My father passed his induction physical. Hale, hearty, and decidedly heterosexual, he needed none of the remedial medical work—dental, optometric—that millions of other inductees did. With the physical and the psychological screenings done, Dad signed his induction papers, was fingerprinted, and issued a serial number. The final piece of business was the administration of the oath of allegiance, done, according to army regulations, “with proper ceremony.” Once sworn in, Dad was sent home to put things in order before he went off to Camp Perry to be processed for basic training.

Twenty-eight years after Dad’s, my own induction notice arrived, during my senior year in college. I was instructed to report to my hometown on May 6, where the Army would put me on a bus and drive me to the Armed Forces Examining and Entrance Station in South Boston. I remember standing, before dawn, on a curb outside the town offices waiting for the bus. Other fellows from my high school were there, and I nervously tried to make small talk with them. We’d had nothing in common in high school, and the situation hadn’t changed in the intervening years.

My recollection of that day is shrouded in numbness. I remember standing in a line, stripped to my underwear, making my way from one examining station to the next. I kept assuring myself I could not possibly go to Vietnam, that

the good fortune I’d enjoyed so far would see me to a different destiny than the one where I would end up dead in a jungle in Southeast Asia.

I was clutching a letter from my dentist attesting to the fact that I needed braces, in those days a cause for rejection. But aside from that, I had not taken any steps to ensure that I wouldn’t be taken. I’d heard stories of guys planning to go to their induction physicals drunk, or stoned, or wearing dresses and makeup. Others said they would flee to Canada or apply for conscientious objector status. I had made no such plans. Throughout senior year, I had been sitting on my damn butt, still banking on magic or luck to get me the hell out.

I passed every exam. I was not overweight. I did not have flat feet or a heart murmur. My blood pressure was excellent. At one station, I handed over the dentist’s letter. The examiner gave it a perfunctory glance and tucked it into my file.

At last, I came to the psychological screening area. All I remember is the examiner asking me if I’d ever had any homosexual experiences. And when I said yes, he followed up with a few more questions. Had I sought counseling? Did I intend to stop? That was it. He thanked me and I moved on. Less than two weeks later, I received a notice from the AFEES: “Found Not Acceptable

for Induction Under Current Standards.” I’d been declared 4-F. In the parlance of the day, I had “fagged out.” My parents thought the dentist’s letter about braces had done the trick.

Philip Gambone is a writer of fiction and nonfiction. His debut collection of short stories, The Language We Use Up Here, was nominated for a Lambda Literary Award. His novel, Beijing, was nominated for two awards, including a PEN/Bingham Award for Best First Novel.

Phil has extensive publishing credits in nonfiction as well. He has contributed numerous essays, reviews, features pieces, and scholarly articles to several local and national journals including The New York Times Book Review and The Boston Globe. He is a regular contributor to The Gay & Lesbian Review.

His longer essays have appeared in a number of anthologies, including Hometowns, Sister and

Brother, Wrestling with the Angel, Inside Out, Boys Like Us, Wonderlands, and Big Trips.

Phil’s book of interviews, Something Inside: Conversations with Gay Fiction Writers, was named one of the “Best Books of 1999” by Pride magazine. His Travels in a Gay Nation: Portraits of LGBTQ Americans was nominated for an American Library Association Award.

He is a recipient of artist’s fellowships from the MacDowell Colony, the Helene Wurlitzer Foundation, and the Massachusetts Arts Council. He has also been listed in Best American Short Stories.

Phil taught high school English for over forty years. He also taught writing at the University of Massachusetts, Boston College, and in the freshman expository writing program at Harvard. He was twice awarded Distinguished Teaching Citations by Harvard. In 2013, he was honored by the Department of Continuing Education upon completing his twenty-fifth year of teaching for the Harvard Extension School. 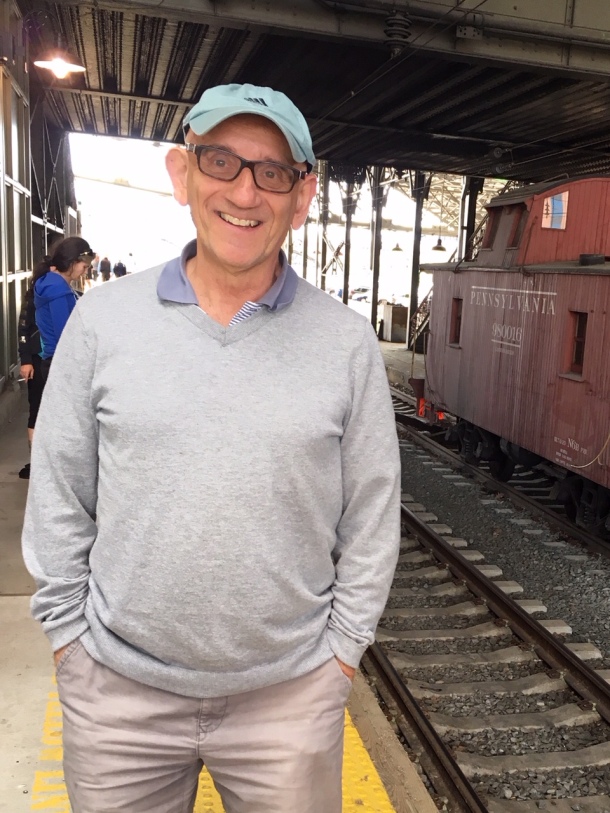 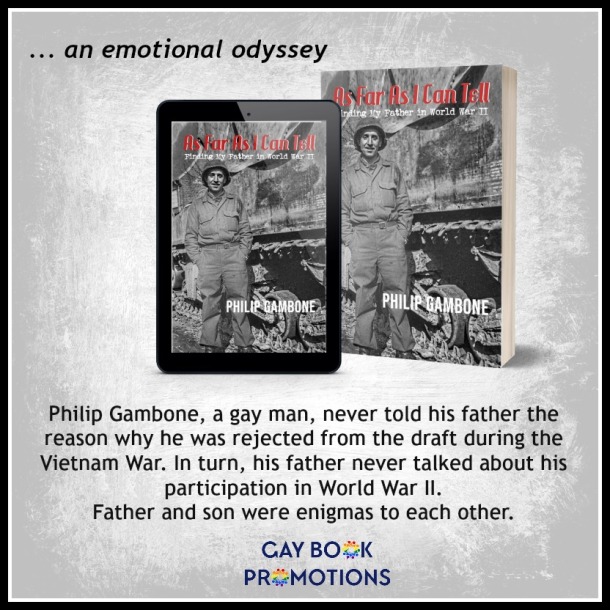 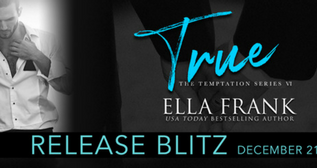 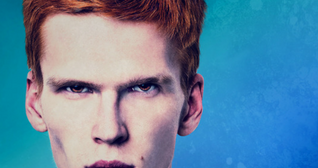 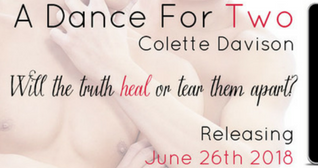