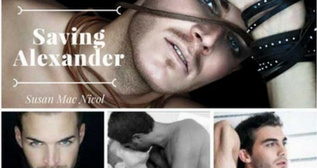 Punishing himself for a horrific past that is not his fault, bestselling author Alexander Montgomery seeks redemption and love—and perhaps he will find it.

Punishing himself for a horrific past that is not his fault, bestselling author Alexander Montgomery seeks redemption and love—and perhaps he will find it.

Famous author though he may be, Alexander Montgomery is not someone you take home to meet Mother. Seriously flawed, damaged by a horrific past, he’s trying hard to claw his way back to normality. But how can anyone respect what he truly is? His therapy involves regular sessions at Study in Scarlet, an exclusive S&M club.

Then comes Sage. Tall, with black hair and blue eyes, an up-and-coming actor with impossible charm and boy-next-door good looks, he’s the perfect choice to play the leading man in a TV adaptation of Alex’s last best-seller. Even more, he is a man you introduce to your family. Which Alex would do—if he weren’t taken by another man who offers the punishments Alex prays will wipe away the past and make him the person he wants to be.

Yet, perhaps there is another path to redemption. If only the solution would reach out and touch him.

Alex stood as Christopher Sage entered the room and kissed Jenny in greeting. The older woman smiled delightedly, giving him a warm hug.

Alex studied the man who had invaded his dreams more than once and been instrumental in bringing his sexual fantasies to a literal climax.

He was even more delicious in person. And the man was gay. That was a real bonus.

Six-foot-and-some tall, longish curly black hair, deep blue eyes that crinkled when he smiled and a rangy body that looked as if it were made to wear fine suits or nothing at all. In tight blue jeans and a checked long sleeve shirt with a white tee shirt underneath, Sage looked very relaxed.

Alex had a sudden image of peeling off the shirt to find a nice set of pectoral muscles beneath, then running his hands over them. The other man’s mouth was extremely kissable, with generous lips that Alex wanted to nibble. His cock shifted in his chinos at the images his mind was conjuring up and he cursed the sudden rush of heat to his groin.

Jesus, where was his professionalism now? He needed to get a bloody grip before anyone noticed his raging hard-on.

He reached out his hand to Sage, who was returning the scrutiny. Sage’s hand was warm and firm with long fingers and clean, shaped nails. Alex’s breath deepened at his touch. He hoped Sage hadn’t noticed.

The reality of feeling his warm skin in his own hands was infinitely better than the dream.

Sage met his gaze and narrowed his eyes. “Heterochromia iridis. I’ve never seen it in a human being before. Very striking.”

Alex stared at him. Most people simply squinted and looked at him strangely before they asked him how his eyes came to be two different colours— one green, one blue. Actually hearing someone who knew what the condition was called was slightly disconcerting. Especially when rendered in that very charming slight Irish accent.

“I was born like this.” He shook Sage’s hand firmly. “Not many people seem to know what it’s called though.”

Sage smiled. “I had a horse once with the same condition. He was a Pinto. It’s quite common in that breed.”

Alex raised a dark eyebrow. “Comparing me to a horse? Well, that’s one way to start a relationship.”

3 winners: Any eBook title from my backlist

Susan Mac Nicol is a self-confessed bookaholic, an avid watcher of videos of sexy pole dancing men, geek, nerd and in love with her Smartphone. This little treasure is called ‘the boyfriend’ by her long-suffering husband, who says if it vibrated, there’d be no need for him. Susan hasn’t had the heart to tell him there’s an app for that…

In an ideal world, Susan Mac Nicol would be Queen of England and banish all the bad people to the Never Never Lands of Wherever -Who Cares. As that’s never going to happen, she

contents herself with writing her HEA stories and pretending, that just for a little while, good things happen to good people.

Sue is a PAN member of Romance Writers of America and is a member of the Romantic Novelists Association in the UK. She’s also Editorial Manager at http://www.divinemagazine.biz, an online LGBTQ e-zine, and she’s a Charity Board trustee at http://wwwbeingmecampaign.com in London.

She’s passionate about research for her books and has stayed in a circus, taken lessons from a blind person on how it feels to be non-sighted, and travelled to a lighthouse with maintenance crew to see first-hand what it’s like inside. She’s also writing a screen play with a Hollywood actor named Nicholas Downs, with a view to taking her latest release, Sight Unseen, to the big screen.

All in all, she’s happy with her lot and loves that you love to read her books. 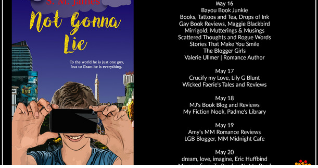 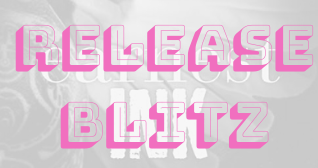