Book Blast : The House with a Thousand Stairs

Book Title: The House with a Thousand Stairs

Tropes: Rekindling past friendships; the connection of spirits.

Themes: Cross-cultural relationships; connection through the love of the land; rebuilding lives after conflict; Indigenous beliefs and spirituality; farmer and policeman; Australian Outback.

In Gamilaraay, the language of the Kamilaroi peoples of north-western New South Wales, it’s the word for The Milky Way. It’s also the name of Peter Dixon’s homestead and sheep station, situated in the lee of the Liverpool Ranges.

In 1947, Peter returns from war, his parents and younger brother dead, the property de-stocked and his older brother, Ron, having emptied out the family bank account and nowhere to be found.

The House With a Thousand Stairs is the story of a young man, scarred both on the inside and the outside, trying to re-establish what once was a prosperous and thriving sheep station with the help of his neighbours and his childhood friend, Frank Hunter, the local Indigenous policeman.

Enveloped by the world of Indigenous spirituality, the Kamilaroi system of animal guides and totems, Peter and Frank discover the true nature of their predestined friendship, one defined by the stars, the ancestral spirits, and Baiame, the Creator God and Sky Father of The Dreaming.

Peter was standing in the old kitchen when he heard the car horn. He’d been shaving off his patchy beard and still had soap on half his face, so yelled up the side passage, « Out here! » He couldn’t be bothered shaving since he’d come back home and had let his beard grow for a few days. It grew thicker along his chin line than on his cheeks, and had got to the length where it looked untidy and scraggly … and it itched like a bastard.

The first thing Peter noticed in his shaving mirror was how his boyhood friend had filled out. Dressed in a singlet under a pale blue shirt, opened to the third button from the neck, and overalls rolled down to the waist, Richard leaned against the doorframe, idly inspecting Peter’s back.

« Only on my dick. Teeth marks mainly. »

Peter laughed, holding the razor away from his face so he didn’t cut himself.

« I bet if I had a good look I’d find teeth marks in other places, Dick. »

« No one calls me Dick anymore, except my uncle, Pete. »

« You’ll always be Dick to me, » Peter replied with a wink.

His friend laughed. They stared at each other in the mirror longer than men who hadn’t been close as teenagers might have done.

« Mechanic, eh? » Peter said, rinsing off his face and wiping his razor on a towel. He still used a straight edge.

He took the razor and then scraped under Peter’s chin, nudging it upwards first with the back of his fist.

« I’ve missed more than a bit, » Peter said, pushing forward gently so their hips bumped against each other.

« I don’t do that anymore, » Richard replied with a smile.

There’d been a small group of boys, on the cusp of becoming men, who’d been close. They’d « mucked about together », as it was called back then. They’d laughed and joked about it, compared sizes, talked about the girls they said they’d rooted, when every one of them knew each of them had lied. But then there’d been those times when a few of them would slip off somewhere together without the others, or meet up by chance with ants in their pants and find somewhere quiet.

Peter had been popular—the others had sought him out. He was happy to do the thing the others were leery of, or felt was somehow not manly. None of them blabbed about his ability to roll onto his tummy or lift a knee against a tree to let them have a go. He didn’t care what anyone thought. It didn’t make him feel any less of a bloke for it—he simply liked the feeling. His availability had always come at a cost, though. He’d invariably asked, « A ride there for a ride back? » And they’d always nodded dumbly, their knees trembling, knowing the reciprocal ride back was as rare as hens’ teeth. Dick Williams had been one of the few of his mates who had been happy to allow Peter to climb on after he’d had a turn, or to get on his knees and give him a gobbie afterwards to bring him off.

« Christ you’ve got some muscles on you, Pete Dixon. »

« Comes from doing push-ups with blokes on my back who say ‘I don’t do that anymore’. »

Richard snorted softly. « Guess that’s something you didn’t give up in the army? »

Richard didn’t reply, he merely shrugged and looked over his shoulder out of the doorway. It’s what nervous blokes did, Peter thought. What have you got to be nervous about, Richard Williams? Those were his thoughts, but something below his belt had answered his question.

« So, we gonna go have a squiz at your truck? » Richard asked, offering his packet of tailor-mades.

« In a minute, » Peter said, shaking his head at the offer of a Chesterfield and then taking his makings pouch from the pocket of his shirt, which had been draped over the back of a chair.

« You to take your clobber off and get in there, » Peter said, tossing his head in the direction of the room in which he’d been sleeping for the past three days.

« Get in there, Williams, » Peter said with a growl as he lit his cigarette. « The squiz at the truck can wait a bit, there’s something in your pants I want a gander at first. »

He watched for a few seconds while Richard fumbled with his shirt; his hands were trembling. There’d always been a lot of chemistry between them. It was something he’d almost tasted the moment Richard had poked his head around the doorway.

« Let me unbutton your shirt, » Peter said gently, passing him his lit cigarette.

« Unless they had different names for them in the part of the army you served in, Pete, that’s not my shirt, » Richard said with a laugh.

« Buttons, buttons, shirt or pants, they all have to be undone, sooner or later. »

After a thirty year career as a professional opera singer, performing as a soloist in opera houses and in concert halls all over the world, I took up a position as lecturer in music in Australia in 1999, at the Central Queensland Conservatorium of Music, which is now part of CQUniversity.

Brought up in Australia, between the bush and the beaches of the Eastern suburbs, I retired in 2015 and now live in the tropics, writing, gardening, and finally finding time to enjoy life and to re-establish a connection with who I am after a very busy career on the stage and as an academic.

I write mostly historical gay fiction. The stories are always about relationships and the inner workings of men; sometimes my fellas get down to the nitty-gritty, sometimes it’s up to you, the reader, to fill in the blanks.

Every book is story driven; spies, detectives, murders, epic dramas, there’s something for everyone. I also love to write about my country and the things that make us Aussies and our history different from the rest of the world.

I’m research driven. I always try to do my best to give the reader a sense of what life was like for my main characters in the world they live in. 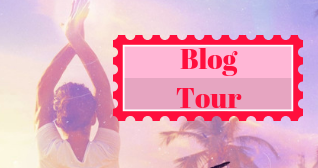 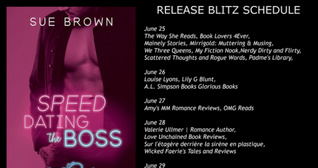 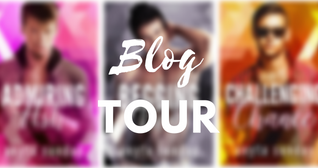