Hailey Turner has revealed the gorgeous cover for The Emperor’s Bone Palace!

Every heart is meant to break.

THE NAMELESS. As a warden, Soren’s duty is to guard against the dead, but he was never trained to guard against his heart. Drawn into a web of Solarian politics, Soren finds himself at the center of a storm of his own making, unwilling to break free if it means losing the man he loves. But even the darkest secrets cannot remain hidden forever, and when lies come to light, the price he pays for his silence may very well be his undoing. THE EMPEROR. When his claim to the Imperial throne is challenged by a traitorous House, Vanya Sa’Liandel must adhere to the ancient tradition of the Conclave to stay in power. Refusing to face his peers alone, Vanya will stand before the Houses of Solaria with Soren by his side, a decision that risks his heart when an unspeakable betrayal threatens everything he’s fought for. THE REBEL. With her entire world upended, Caris Dhemlan is on the run, struggling to come to terms with the truth of her heritage. As the Clockwork Brigade is targeted by Daijal, she must fight to save the people she cares about. Every rebellion needs a figurehead, but Caris is determined not to become a martyr. THE QUEEN. With a crown claimed, Eimarille Rourke sets her sights on Ashion and the continent beyond her country’s borders. Promised a world by a star god, Eimarille sets into motion the gears of war and launches the opening salvo of a battle whose repercussions will ripple across the whole of Maricol.

Hailey Turner is a big city girl who likes to spoil her cats rotten. She writes science fiction and fantasy with lots of action, epic plots, and romantic relationships that satisfy the heart. Hailey lives in sunny California when she isn’t adding stamps to her passport. 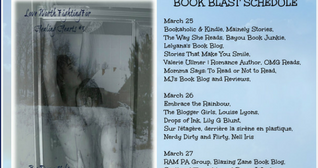