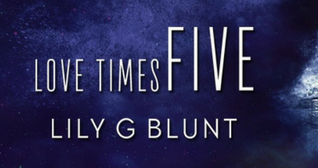 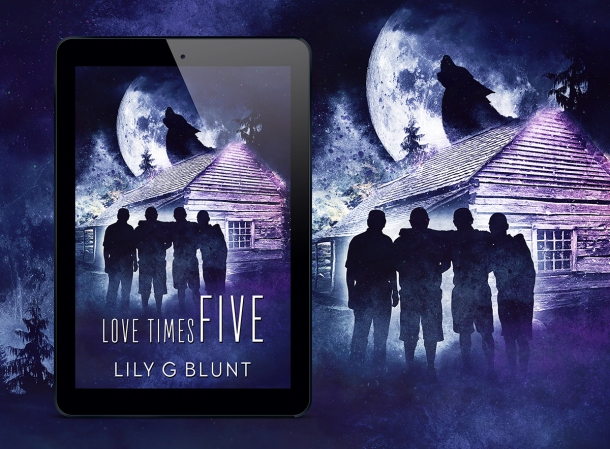 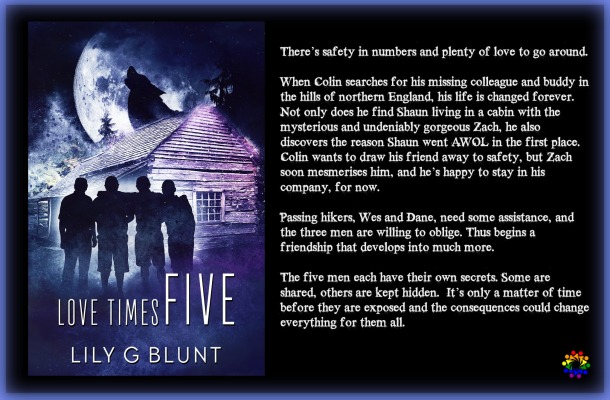 Colin yelped and stumbled back. The penknife fell from his grip as he connected with the solid ground and landed on his arse.

“What the fuck?” Colin gaped at the wild beast in front of him, not five feet away, and apparently protecting Zach, who stroked the wolf’s back as if he were petting a huge dog.

Colin blinked, hoping to clear his vision. Had he knocked his head? Was he dreaming? Had he been drugged too?

The wolf sniffed the air and pawed the grass, its tongue now lolling to the side of its mouth. Teeth, sharp and white and scary, distracted Colin from the animal’s other features. The scent of damp fur and woodland soil filled his nostrils, and warm panting breath ghosted over his face.

The wolf was real enough. No vision. No dream.

“What the fuck?” Colin said, keeping his eyes fixed on the animal as it slunk away to the trees. His heart pounded and his mind was a whirl of confused thoughts. He tried to swallow around a thick lump in his parched throat. “What the fuck just happened?”

Zach said nothing but offered a hand to Colin, which after a few seconds pause, Colin grasped. Between the two of them, they easily hauled his bulky frame to standing. He scanned the grass for his knife, relief racing in his veins when he spotted it nestled among two nearby clumps of greenery.

Colin glanced away from the knife in the direction the wolf had headed. Could it really be Shaun? “I don’t understand.”

“Of course, you don’t.” Zach’s mouth curved into a warm, genuine smile. His eyes glimmered, and some of the tension lifted from Colin’s shoulders. “You must be Colin. Shaun’s sexy boss. He’s told me all about you.”

“What?” Colin’s pulse still pounded, and confusion turned his thoughts to sludge, but his heart fluttered at the hope those words kindled. What the hell was happening? What was this arsehole saying? Shaun had never tried anything on with Colin, not even when they’d been drunk. And had Shaun really… turned into a… what the actual fuck?

“You didn’t think he was interested in you?” Zach arched an eyebrow, and his eyes sparkled. Again.

Before Colin could commit himself to an answer or ask any questions about the precarious state of his sanity, there was movement to his side.

Shaun stood naked, his hands cupped over his groin, a little unsteady on his feet. “Chuck us your T-shirt, Zach,” he rasped, not making eye contact with Colin, his cheeks scarlet.

Without hesitation, Zach shed his top and threw it at Shaun, leaving his own fine torso on display. Smooth, defined, firm—perfect. No wonder Shaun had hooked up with him. Colin wouldn’t stand a chance with this guy in the picture, even if Shaun had liked him once upon a time.

Why was he even thinking about such things right now? He’d just seen Shaun turn into a wolf, and now he was back again as himself. And shortly before that, this ridiculously handsome man had been sucking on his neck and was now acting as if he knew things about Shaun that Colin didn’t even know. Was he losing his mind?

Colin dragged his gaze back to Shaun, his chest and nakedness now hidden from view by the oversized T-shirt. He staggered closer to Colin, his legs unsteady as if he were drunk. Shaun collapsed into Colin’s arms, maybe a deliberate move rather than an uncontrolled stumble. As much as Colin wanted to hug him to his chest, he needed answers. Anger bubbled to the surface and exploded. Colin gripped Shaun by his biceps and held him back at arm’s-length.

“What the fuck is going on? What did I just see?” It took all of Colin’s willpower not to shake the answer out of Shaun. “And what’s this fucking guy been doing to you?”

Shaun trembled beneath his touch, and his voice was hoarse and uneven, not its usual sweet timbre. “It’s okay, Col. I promise you, I’m okay now.” He placed his palm on Colin’s shoulder. “I know it’s a lot for you to take in all at once. I’m sorry I didn’t get the chance to explain before.”

His words didn’t tell Colin anything. “Why the hell didn’t you tell me you were leaving and where you were going? I’d have listened… and helped you.” What the fuck could Colin have done to help if Shaun was a—?

Zach cleared his throat, distracting them both. He moved closer, running his long fingers down those taut abs of his until they came to rest on the waistband of his perfectly clinging jeans.

Shaun gazed at Zach, over his body, the renewed flush of arousal evident in his eyes. Colin’s heart sank but gave a hopeful flip when Shaun looked back at him with that same darkened expression. “Hey, how about we go inside? I can get dressed, and then explain what’s been going on with me.”

For a moment, Colin feared he might be overpowered or drugged or something like that once they got him inside the cabin, perhaps in the same way Shaun might have been. He eyed his knife lying on the ground, tempted to bend down and scoop it up for some protection.

Zach chuckled, and in a smooth yet swift motion slid past Colin. “I think you dropped this.” His mouth nestled close to Colin’s ear, his voice deep, his breath cool. A curl of interest coiled its way around Colin’s groin at the closeness of the man. Zach gripped Colin’s hand, turning his palm face-up, and placed the missing knife softly against his skin.

Colin couldn’t help but let out a gasp. He hadn’t witnessed the knife being retrieved from the ground. Whoever this man was, he was fast. He would probably dodge any knife or fist that Colin hurled his way. No way was Colin walking from this meadow without finding out who this man was. He pocketed the knife, despite his doubts about its usefulness now.

Zach glided away, entwined his fingers around Shaun’s hand, and pulled him towards the cabin. With an encouraging look over his shoulder, Shaun waved his free hand behind him. “Come on. We need to talk.”

Colin really had no choice, so he followed them. He needed to find out what had happened to Shaun and what the hell was going on between him and Zach. 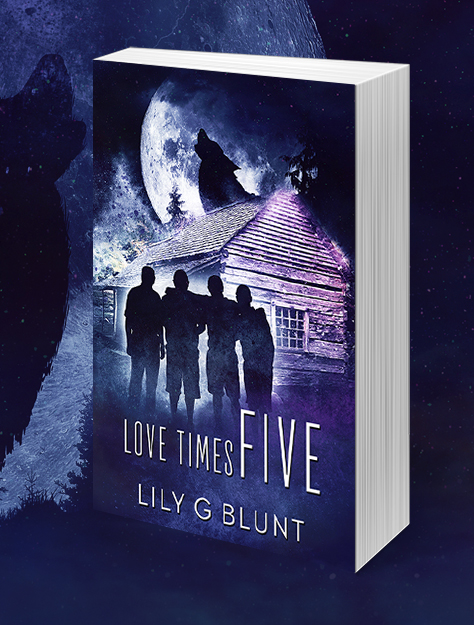 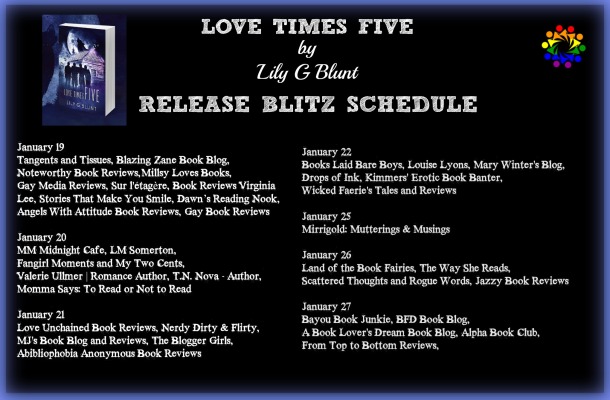 Momma Says: To Read or Not to Read   REVIEW

Land of the Book Fairies  REVIEW

The Way She Reads  REVIEW

From Top to Bottom Reviews 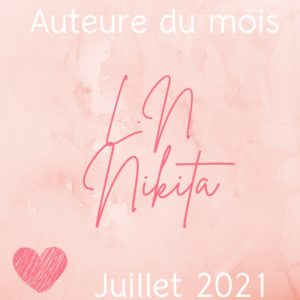 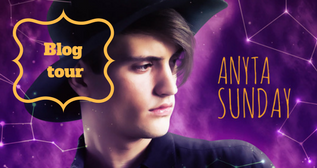 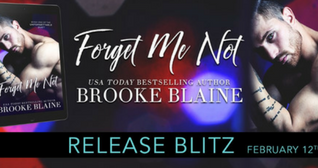