There is a sequel planned.

Vampires are attempting to integrate into human society.

When Alec MacCarthy first meets a ‘haemophile’ in the flesh, it’s not the obvious dangers that frighten him.

Alec MacCarthy, Lord of Aviemore and largely-forgotten descendent of a once-proud family line, keeps the wolf from the door of the crumbling family mansion by restoring classic cars.

He leaves the real world alone and wishes nothing more than for it to return the favor. But in a reality where haemophiles—still colloquially known as vampires, despite the publicity campaigns—have come out of hiding and are attempting to integrate into human society, the real world is rapidly becoming a disrupted and conflicted mess that threatens to trouble even Alec in his remote Scottish hideaway.

When he unwittingly attends a Blood Party to please a friend, he has his first meeting with one of these mysterious and dangerous beings. Terje is like nothing he has ever encountered before…literally. His reactions are as troublesome as they are undeniable.

Alec’s snap decision to help the haemophile rather than sample his sense-heightening and addictive blood sets them both on a path that will lead them into a tangled web of intrigue with consequences that will change their lives—and the world—forever.

“You have questions.” He sat and uncorked the bottle. The electric lantern made his pale skin glow. It shone off his high cheekbones and the lines of his neck. His mouth was soft, his lips slightly curved, even at rest. I remembered it open, redder than blood, the teeth shockingly white and sharp. I remembered his hands, strong enough to crack the wood of the basement door, strong enough to break Brody’s bones. But now he sat easily in my kitchen chair, regarding me steadily with calm, entrancing eyes. He was terrifying, but he was beautiful, like a freezing winter morning in the very heart of the mountains. I bridled at the thought and dropped my gaze to the tabletop.

“How old are you?” I heard myself ask.

“Not old enough to have known Jacob More,” he said, with something like amusement in his voice.

He still didn’t smile but something like humor flickered in the dark depths of his eyes. “I don’t know exactly. Over eighty, less than a hundred.”

“How do you not know how old you are?”

He lifted a shoulder in a half-shrug. “You stop counting after a while.” I narrowed my eyes and his mouth twitched. “And, well…at the time, it wasn’t considered important where I’m from.” His brow creased slightly, his eyes far away. “I remember the Second World War but not the first. Do I get to ask a question now?”

I chewed on the inside of my cheek, regarding him closely and trying not to think about the fluttering in my belly. “What question?”

“Is this really your home?”

He tilted his chin slightly. “I knew you must live here when we arrived. I could smell it. But the place looks like it belongs to someone else.”

Something prickled over the skin of my back. “Again, why do you care?”

“I’m not curious about you,” I said in tight voice. “That’s not what this is.”

He inclined his head. “Very well. You don’t have to answer. Next question?”

I picked at a splinter on the table, not looking at him. “Daylight…”

“The cellar?” He sipped his wine. His mouth was stained slightly pink. I hurriedly lifted my gaze. “We have to sleep, just like you do.”

“We’re sensitive to sunlight,” he said slowly, factually. “We don’t produce melanin in the same way, so we burn easily. And it’s hard to see.”

He frowned at his glass. “Not the way you sleep. The Blood requires us to…offline. Recharge.”

“Could you stay awake if you wanted? During the day?”

“Yes, though it’s hard. But the Blood wakes us if there’s a threat. Is it my turn now?”

I hesitated and reached for the other glass. “I thought you said you were supposed to answer my questions.”

I fought a scowl. “We’re not exactly meeting at a dinner party here.”

S.J. Coles is a Romance writer originally from Shropshire, UK. She has been writing stories for as long as she has been able to read them. Her biggest passion is exploring narratives through character relationships.

She finds writing LGBT/paranormal romance provides many unique and fulfilling opportunities to explore many (often neglected or under-represented) aspects of human experience, expectation, emotion and sexuality. 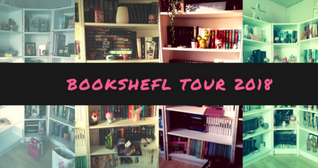