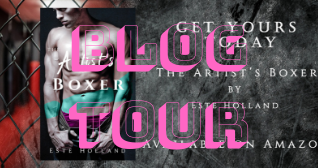 It is a standalone story and the first in a series.

Winning the welterweight championship was everything Rake had worked for. Now it’s all come crashing down, and he has no choice but to flee his hometown of Las Vegas.

When he stops in a small town in Utah, Rake meets a man who makes him forget all about the danger he’s in.

Rio has a good life. He loves his family and career, but when Rake blows into town, something stirs in his blood.

Rio doesn’t do relationships, not since the last disaster, but Rake makes it impossible for him to say no.

When Rake comes clean about what he’s running from, Rio just might have a way to help.

Now the two of them must fight to free Rake from the man who took everything…and stay alive until the end.

The Artist’s Boxer is the first book in the Yours to Protect series.

Reality crashed in as he lay down, and he didn’t like what it brought. He’d run away. Cowardly? Maybe. But what else was he supposed to do? People didn’t say no to Damian Corsetti, and that was exactly what Rake had done.

Now, there he was, in Rio Danvers’s home, his bed, after getting off twice with the man. The man who’d built the bar where he’d sat and laughed with Hunter for years.

Maybe it would all be okay. Deep inside, where he seldom looked, something told him it would be. He was solid and safe. Untouchable. But was that arrogance?

What had that figure in the road said? Love came in many forms, accept help…or something like that. Well, he sure as hell was. Rio had taken him in, fed him, kissed him, and invited him into his bed.

Rio came out of the bathroom and slid in next to him.

“Thanks for everything,” Rake said as they got under the covers. Rio wore sleep pants while he remained naked.

“Bringing me here, feeding me, letting me stay. You don’t know anything about me.”

Rio stared at him until a soft expression came and went in his dark eyes. “You’re welcome.”

He got comfortable, and oh God, the bed was so nice. Rake burrowed deeper.

“About what happened in there,” Rio began.

His heart thudded, and Rake stilled. “What?”

“You kissed me. You know what this means?”

“What?” Rake asked again, his voice going up an octave.

“We have to go on at least two dates before we do anything else.”

Rake sprang up, taking the covers with him. “Are you serious?”

Rake pursed his lips. “So, if we’re going on a date, that means I can kiss you again.”

He leaned over to do just that, but Rio stopped him. “Not until after the first date.”

“Dude, seriously, what’s with all these rules? Don’t you ever go with the flow?”

“You mean like meeting a stranger in town and bringing him to my home?” Rio asked, amused.

“Well…kind of—not really.” Rake scowled. “You know what I mean.”

Rio chuckled and pulled Rake down beside him. “Get some sleep. I’m always up early.”

He snapped off the light, but there was no bedside lamp.

“There’s a button on the side of the bed. There’s one on your side too.”

“Oh, cool.” Rake searched around until he found it and pressed it on and off a few times.

He settled back and got comfortable again. His leg bumped Rio’s, and he threw it over him, hugging a pillow to his chest.

He liked not knowing what the hell time it was, or when he had to get up to train in the morning. He lived on a tight schedule Luis and Hunter set for him. When had his life become so rigid? He never had any free time. Even his downtime at Hunter’s bar had to be scheduled in.

“I like kissing you,” he whispered into the dark.

He wasn’t sure if Rio had already fallen asleep, but he didn’t answer

Este Holland is a writer and reader of all things romance. She’s also a treasure hunter, a word wizard, a lover, and a fighter. She was born in southern WV, and is a reader and writer. She lives in Virginia now, and works in marketing. Her favorite book is impossible to name. Her favorite movie are Romancing the Stone and Some Like it Hot. She began writing her

first novel in 2012 and has practiced and studied ever since to get better. She’s still learning.

Check out the other Book Blast blog posts here

➜ Sign up to become a tour host here 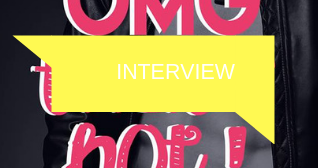 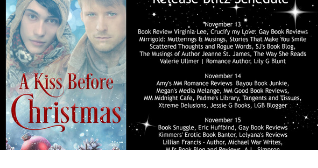